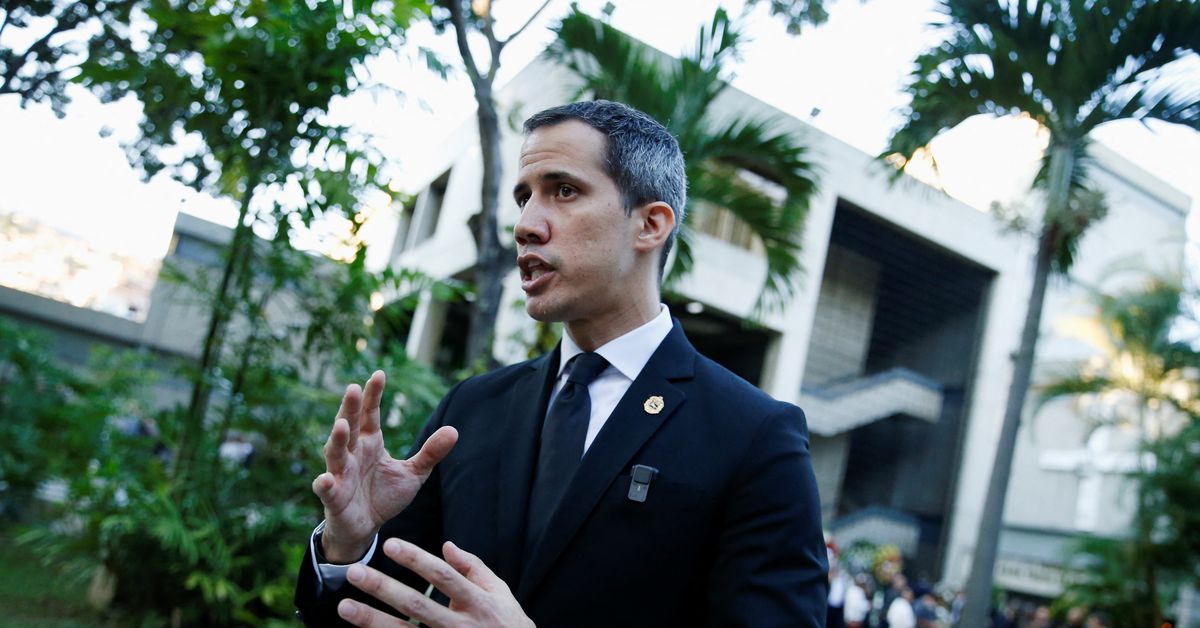 Venezuela's opposition unwilling to back interim Guaido government for 2023

Venezuela's opposition parties have warned they are likely to withdraw backing for Juan Guaido's Washington-endorsed interim government in 2023, four people familiar with the matter said, raising questions about the future of the country's overseas holdings.
Guaido has been the public face of the country's opposition since the United States and many other governments rejected President Nicolas Maduro's 2018 re-election as a sham.

But most opposition representatives visiting Washington this week told U.S. officials they would not continue backing him or anyone else as their leader for another year of interim government.

Instead, they want to focus on choosing a candidate to compete against Maduro or whoever represents the government in the next election, tentatively scheduled for late 2023 or 2024.

Guaido in 2019 invoked the constitution to assume a rival presidency. But to the frustration of many Venezuelans, he has failed to dislodge Maduro, who has maintained a grip on power backed by the military and allies Russia, China, Cuba and Iran.

U.S. courts have recognized the legitimacy of those boards based on the recognition of Guaido as leader.

Venezuelan opposition representatives who attended the meetings in Washington and a spokesperson for Citgo did not immediately provide a comment.

The U.S. State Department said it recognized Guaido and coordinates with his administration "on the steps needed to move forward on a negotiated solution that leads to the restoration of democracy to Venezuela."

In an interview with CNN on Friday, Guaido said the U.S. administration "ratified one more time" its backing for his government, without providing details on timing, and that according to the Venezuelan constitution his tenure must last until a presidential election takes place.

Five of six opposition-party representatives told State Department officials on Tuesday they would not support Guaido or any other interim leader, the four sources said. Guaido's party Voluntad Popular was the only one in favor of a continuation.

But Washington - which has signaled it could ease sanctions on Venezuela if Maduro returns to talks with the opposition in Mexico and takes steps toward holding free elections - had not yet taken a clear position on the matter, the sources added.

A similar move by opposition leaders to ditch Guaido last year was scrapped at the last minute following lawyers' warnings over the foreign assets, which have long lists of creditors seeking to seize them over expropriation claims.

Lawyers and other experts have differing opinions on Venezuela's constitutional path to form and maintain an interim government, a situation complicated by the fact that the term of the parliament that appointed Guaido expired at the end of 2020.

U.S.-based Chevron (CVX.N) has asked Washington to relax sanctions on Venezuela to allow it to expand its heavily restricted oil operations there. U.S. officials are considering Chevron's request, but no decision has been made, according to people familiar with the matter. read more

Under U.S. President Donald Trump's administration, the United States recognized Guaido as rightful leader in January 2019, and dozens of other countries followed suit. Many of those governments have since backtracked.
#Donald Trump  #Joe Biden