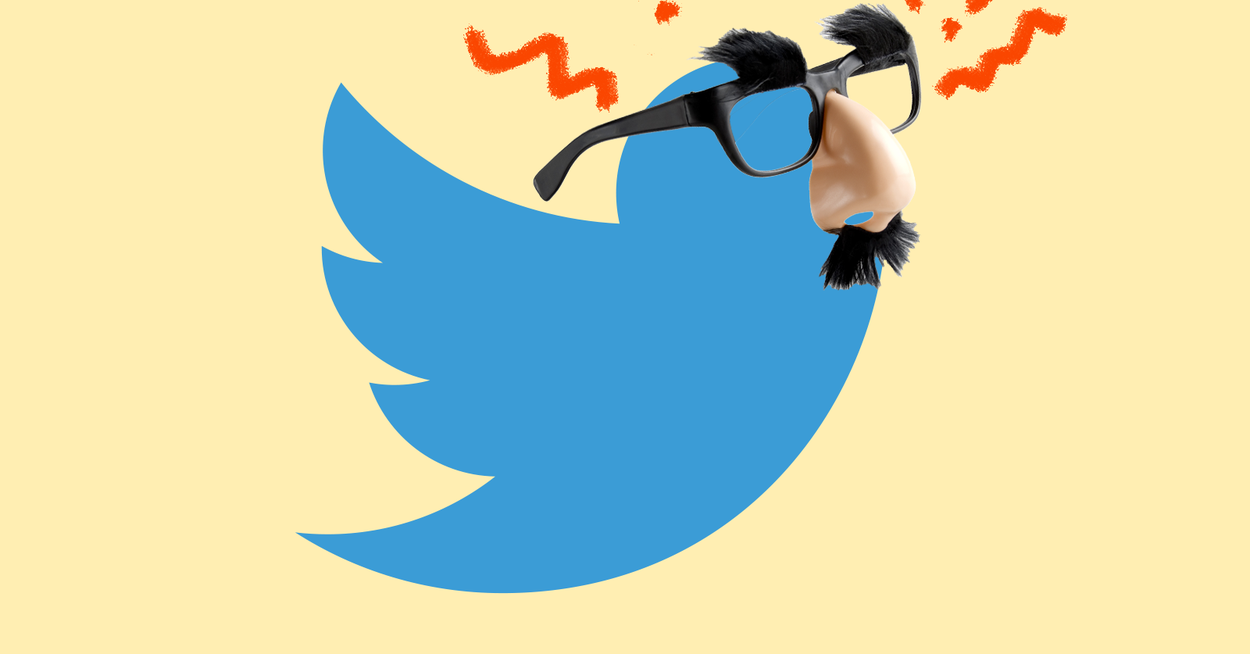 A few weeks back, Vaughn — the US-based creator of Offensive Crayons, an expletive-laden stationery collection — decided to survey her 15,000 Twitter followers: Should she change her display name to a celebrity, a company, or a “third-rate sandwich”? Their replies were conclusive: She should adopt the sandwich name.

So Vaughn switched her display name from her real name to Spicy Chicken Sandwich. It was, she told BuzzFeed News via email, “a temporary goof.” But it wasn’t so fun when it turned out that she couldn’t change it back. When she tries, she’s confronted with this message: “Error. The operation couldn't be completed. (TFSTTwitterCore.HTTPRequestAction-ResponseError error 0.).”

Blame Twitter CEO Elon Musk. In an attempt to head off the growing issue of account impersonation by people who’d paid the $8 per month for Twitter Blue, Musk decided around Nov. 7 to stop anyone with a blue checkmark from changing their display name. (On Nov. 14, he tweeted that the issue would be fixed by the end of this week, though he subsequently tweeted that the relaunch of Twitter Blue verification would be Nov. 29. So who knows?)

Musk’s decision left large numbers of verified accounts locked into sometimes ill-thought-out joke names, like problematic YouTuber @CountDankulaTV, who’s now “GIANT PENIS (Parody).” (“The joke was funny for about 5 minutes but the system won't let me move on,” tweeted @CountDankulaTV, whose real name is Mark Meechan.) Pop star Doja Cat’s display name was “christmas” until she got Musk himself to intervene. (Now she’s “fart,” after a brief period as “Elon Musk.”)

But not everyone has Doja Cat levels of clout. When Vaughn tweeted at Musk, asking him about the Twitter handle situation, “as someone who is now stuck as a chicken sandwich,” the CEO replied with the cry-laugh emoji.

And some people are unable to change non-joke names. Take Carlos Guillermo Smith, who just lost his campaign for reelection to Florida’s House of Representatives. He is currently crystalized in digital amber as “Rep. Carlos G Smith.”

For the most part, affected users are taking this in stride. Irish YouTuber and Twitch streamer Clare Cullen still has her Halloween display name, “Scare Cullen / Clisare 🎃👻.” “I don’t really care,” she said. “I think Twitter will die soon anyway, so it doesn’t matter to me.”

Then there’s Australian newsletter writer Dan Barrett, who had been changing his Twitter display name to a real-time countdown to the release of Avatar: The Way of Water months ago as part of what he described as “an ongoing, personal joke with friends, colleagues, and readers of my newsletter over the years, where I’ve been carrying on about the release of the Avatar movie being the greatest thing to take place in cinematic history.”

His name was frozen as “Dan Barrett - 38 days until Avatar: Way of Water.” (The movie comes out in Australia on Dec. 15.) “Ultimately there’s something kind of perfect that right at what might be the last days of Twitter, Twitter has come around and stuck me with this ridiculously silly username,” he said. “There’s something poetic about the whole moment.”

Hope is at hand, however: Barrett scoured Twitter and found that there was a potential loophole to change the name on verified accounts. It shares an awful lot in common with hammering your keyboard until your computer works again. After speaking with BuzzFeed News, Barrett tested the technique and found, after a couple of minutes of constant mouse clicking, that he was able to brute force his way back to being plain old “Dan Barrett.”

Cullen fears that the small change — verified accounts being mostly unable to revert back to their non-jokey names — is indicative of a broader, more concerning issue. “It’s an example of Elon Musk totally losing control of Twitter and trying mad stuff to fix the things that he’s fucked up,” she said.

Vaughn said that she too is pissed off at the direction Musk is taking Twitter. “The previous leadership of Twitter, and now Elon, have lost sight of the original value of the blue checkmark: to verify who is and isn't a real person,” she said. “People should still be able to parody and have anonymity on Twitter, but I'd love if I knew every blue check I interacted with was a real person, and not just an account like @cryptoethdoge2048 who paid $8 for their bot's checkmark.”

Dave Cobb, a theme park influencer from Los Angeles, is also no fan of Musk. In fact, his display name is now locked down as “Dave ‘Lick My Taint @elonmusk.’” Cobb would, of course, like the freedom to change it back to his legal name, but he is OK with the situation.

“I wanted to make sure my user name popped up with my clear opinion of Mr. Musk, which is that he can feel free to lick my taint,” Cobb said via Twitter DM. “It's fun to watch people pranking his missteps. And if years from now my Twitter legacy is solely about daring him to lick my taint, I'd be more than happy with that.”
#Elon Musk