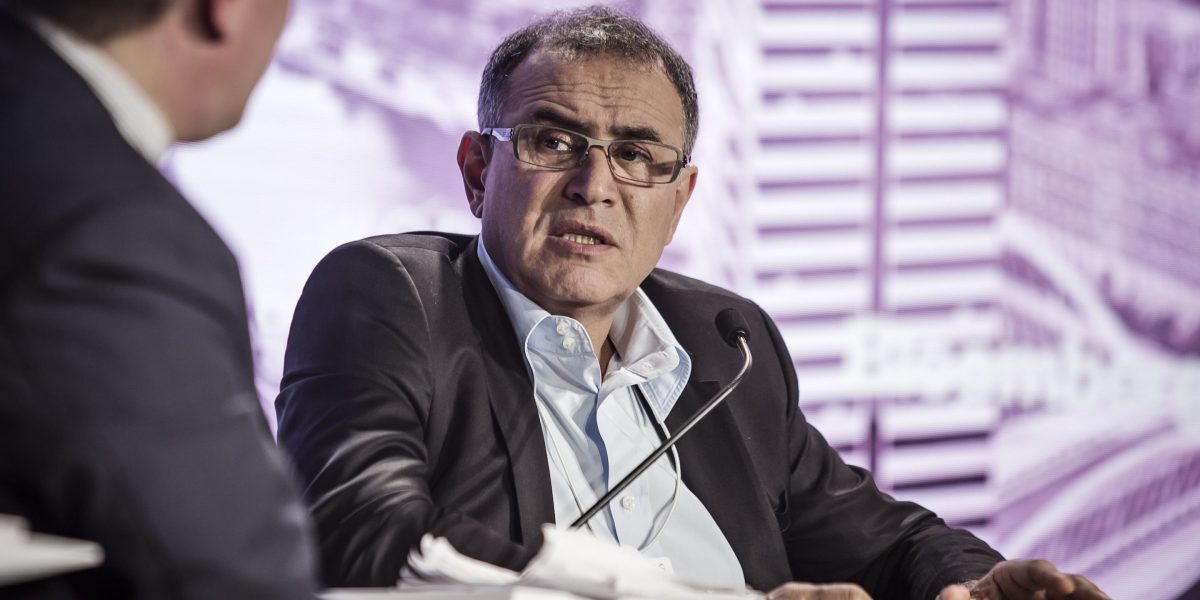 Nouriel Roubini warned on Saturday, “Crypto is corrupt gambling where the house always & systematically front runs the retail suckers that get rekt.”
Nouriel Roubini is no friend of cryptocurrency exchanges. And he is flatly unimpressed with the “proof of reserves” idea that Binance and other crypto players are touting in the wake of FTX’s epic collapse.

On Friday morning, Binance announced the release of its proof of reserve system, starting with Bitcoin. It wrote on its site, “Following our recent announcement outlining our commitment to transparency, Binance is releasing its Proof of Reserves (PoR) System, ​which is the next step in our effort to provide transparency on user funds. The launch of this feature will start initially with BTC, with other tokens and networks being added in the next couple of weeks.”

The same day, Roubini tweeted, “Crypto is corrupt gambling where the house always & systematically front runs the retail suckers that get rekt. 100+ million suckers rekt globally by a bunch of crypto gangsters.”

Earlier this week, he tweeted, “Proof of Reserves (PoR) is the gimmick used by crypto exchanges/lending platforms to pretend that their customers funds are safe. As these assets are in the exchange custody they are on its balance sheet & customers assets aren’t safe in bankruptcy. These are banks NOT exchanges!”

He also retweeted posts from others, including one on Saturday from Bitfinex’ed reading, “Exchanges are trying to do so-called proof of reserves to show that they have customers funds. Remember folks, proof of reserves are meaningless. Exchanges borrow from one another to show the crypto. That’s why you see ‘accidental’ transfers of hundreds of millions of dollars.”

Roubini also called the cryptocurrency industry “totally corrupt” while speaking at Abu Dhabi Finance Week on Nov. 16. He urged Emiratis to expel Binance exchange founder Changpeng “CZ” Zhao—a resident of the United Arab Emirates who has a license to operate in the country—likening him to disgraced FTX founder Sam Bankman-Fried.

“He’s banned in the U.K. He’s under investigation by the U.S. justice department for money laundering…and he’s here on this stage and has residence in this country,” Roubini said. “He’s a walking time bomb. He should be kicked out of the country.”

CZ suggested earlier this month that proof of reserves systems could reform the crypto industry and restore confidence among investors, offering a new level of transparency that would prevent the kind of sketchy accounting that contributed to FTX’s sudden implosion.

“That is absolutely going to be where the focus is for the next little while, which is right,” he said. “We have learned from our mistakes.”

Even before the FTX collapse, Binance was the world’s largest crypto exchange. Now its position looks even stronger, but the FTX collapse has cast a shadow over the entire cryptocurrency space.

Roubini has a reputation on Wall Street as a bit of a pessimist. He accurately predicted the financial crisis that followed the unraveling of the U.S. housing market in 2007, and he recently authored The Age of Megathreats, which outlines 10 big economic problems facing the world.

In September, he warned the U.S. will be hit hard by recession in 2023 that will also devastate financial markets. “It’s not going to be a short and shallow recession,” he predicted. “It’s going to be severe, long, and ugly.”

Our new weekly Impact Report newsletter will examine how ESG news and trends are shaping the roles and responsibilities of today’s executives—and how they can best navigate those challenges. Subscribe here.