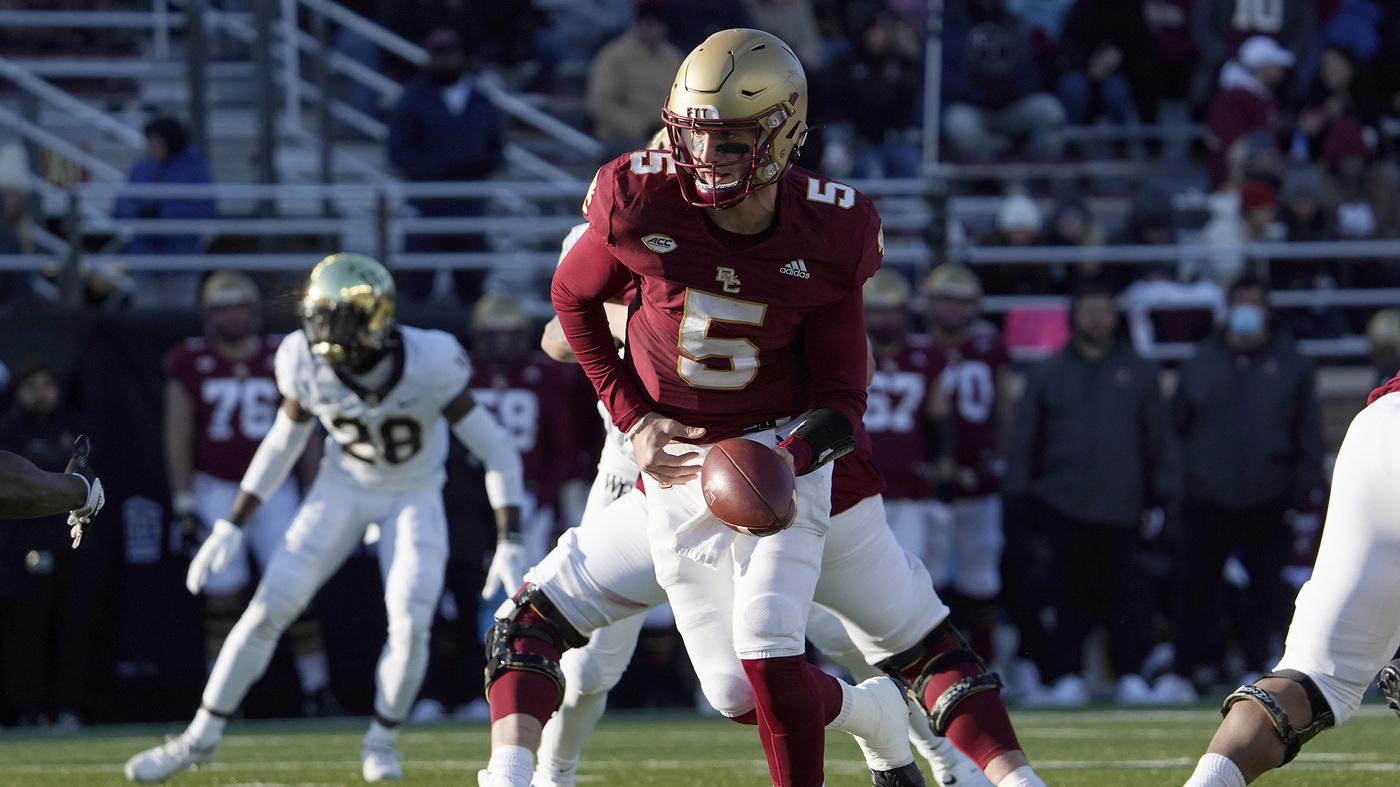 'We just do not have enough players': More bowl games canceled as COVID cases surge

Virginia, Boston College and Miami bow out of their bowl games because of an insufficient number of players. Rosters also are depleted by injuries and players opting out of games.

For the second year in a row, college bowl games are being canceled as coronavirus case counts climb. Rosters are also depleted by injuries and players either opting out of games or transferring to other schools.

On Sunday, three more schools announced that they wouldn't participate in bowl games.

The University of Virginia Cavaliers dropped out of Wednesday's Wasabi Fenway Bowl "due to the number of COVID cases impacting its roster, preventing safe participation," the Fenway Bowl said in a statement announcing the game's cancellation.

The Virginia team was supposed to head to Boston on Christmas Day to play the Southern Methodist University Mustangs. But as they prepared for that date, some U.Va. players started showing symptoms consistent with COVID-19, U.Va. said in a statement. After those players tested positive for the virus, the rest of the team was tested on Christmas morning — and more players were found to have the virus.

"We are extremely disappointed the team will not be able to participate in the inaugural Fenway Bowl," Virginia Athletics Director Carla Williams said in a statement. The bowl would have been the last chance for outgoing coach Bronco Mendenhall to coach the team.

Also Sunday, Military Bowl organizers said the bowl game would be canceled due to a spate of positive coronavirus cases at Boston College, where more than 40 players were unavailable to play.

"This is not the way we wanted to see this season come to an end," said Boston College head football coach Jeff Haley. "We just do not have enough players to safely play a game."

The Military Bowl, which would have pitted the Boston College Eagles against the East Carolina University Pirates, was scheduled to kick off Monday in Annapolis after a parade and festival. All of the events are now canceled.

Late Sunday, the University of Miami announced that it wouldn't be able to field a team against Washington State in Friday's Sun Bowl in El Paso, Texas.

"We are extremely disappointed that our football team will be unable to participate in the 2021 Tony the Tiger Sun Bowl," Deputy Director of Athletics and Chief Operating Officer Jennifer Strawley said in a statement. "But due to the number of COVID-19 cases impacting our roster we do not have enough student-athletes to safely compete, and the health and safety of our student-athletes will always be our top priority."

Washington State, which had arrived in El Paso on Sunday before Miami's announcement, said it still hoped to find an opponent for Friday's game.

"It is disappointing news that the University of Miami is unable to participate in the 2021 Tony the Tiger Sun Bowl," the university said in a statement. "We will work with the Pac-12 Conference and the Sun Bowl Association to hopefully find a replacement opponent for the game."

These are just the latest of several bowl games canceled as the omicron variant of the coronavirus overtakes the country. The University of Hawaii said Thursday that its team, the Rainbow Warriors, wouldn't compete against the Memphis Tigers. The EasyPost Hawaii Bowl had been scheduled for Friday.

Texas A&M is out, but the Gator Bowl finds a replacement

Also last week, Texas A&M bowed out of the Gator Bowl "due to a combination of COVID-19 issues within the Texas A&M football program, as well as season-ending injuries," the school said.

But the Gator Bowl will go on with Rutgers University invited to replace Texas A&M in Jacksonville, Fla., where it will compete against Wake Forest University.

The College Football Playoff management committee updated its policies last week for the national championship and the Cotton Bowl, Fiesta Bowl, Orange Bowl and Peach Bowl, should any team be unable to compete in those games.

During the playoff semifinals, a team that doesn't have enough players will forfeit and its opponent will advance to the national championship game in Indianapolis. The championship — currently scheduled for Jan. 10 — can be rescheduled as late as Jan. 14. At that point, any team unable to play will forfeit, leaving the other as the national champion.

If neither team can play, the CFP said, "then the game shall be declared 'no contest' and the CFP National Championship shall be vacated for this season."