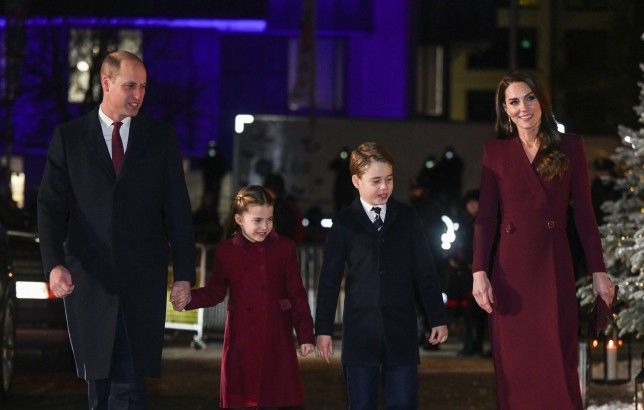 Prince William and Kate have put on a united front as they attend a carol service in Westminster Hall.

The couple have been joined by Prince George and Princess Charlotte for the ceremony – which will be broadcast on ITV1 on Christmas Eve.

The Cambridges put on a united front in the wake of the latest bombshells dropped in Harry and Meghan’s new docu-series.

The Duke of Sussex accused his older brother of ‘shouting and screaming’ during a meeting with King Charles.

Buckingham Palace has declined to comment on the claims.

The King and Queen Consort have joined William and Kate, George and Charlotte at this evening’s Westminster Hall concert.

She said: ‘On the piano you can slightly hide away a bit more than you can do singing.

‘Actually my children probably wouldn’t forgive me – I’m not sure whether they think I’ve got a particularly good singing voice. I’ll have to have some lessons.’ 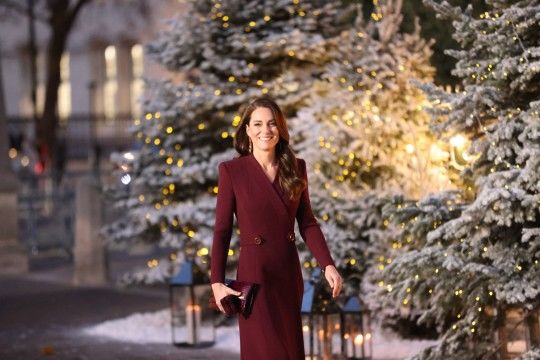 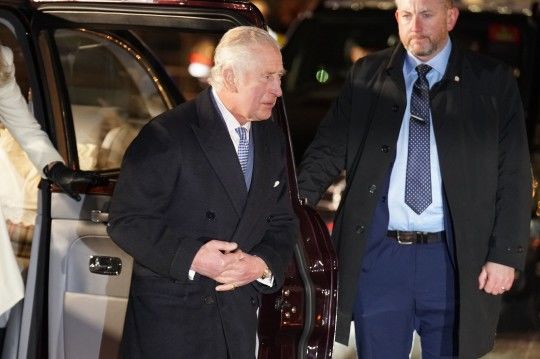 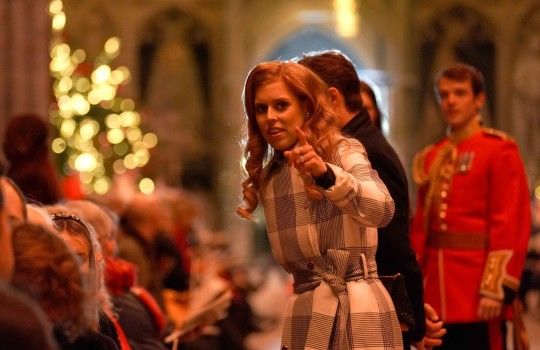 Princess Beatrice was among other members of the Royal Family present 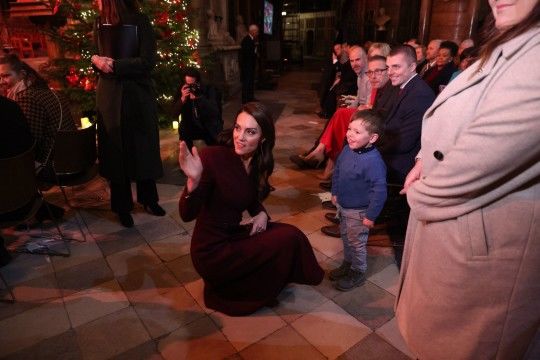 The service will be broadcast on ITV1 on Christmas Eve
Kate also met and thanked those taking part in the service, including Paddington star Hugh Bonneville and singer Melanie C.

More than 1,800 people are gathering in the abbey for the concert, staged to recognise the ‘selfless efforts of individuals, families and communities across the UK, and celebrate and showcase the joy that human connection and togetherness can bring’.

A Christmas tree in the abbey was decorated with small Paddington Bear decorations, a nod to the late Queen’s famous sketch, while guests were greeted with atmospheric snowflakes from a snow machine as they arrived at the entrance.

Princess Beatrice and her husband Edoardo Mapelli Mozzi, Princess Eugenie and Jack Brooksbank, Prince and Princess Michael of Kent, Lady Gabriella Kingston, and Zara and Mike Tindall were in attendance.

The Countess of Wessex, the Duke and Duchess of Gloucester, the Duke of Kent and Princess Alexandra were also spotted among photos.

Lord and Lady Frederick Windsor, Thomas Kingston, and Daniel and Lady Sarah Chatto were also among the guests.

Kate’s parents Carole and Michael Middleton were at the concert, as well as Kate’s sister Pippa and her husband James Matthews, and Kate’s brother James and his wife Alizee.
#Prince William