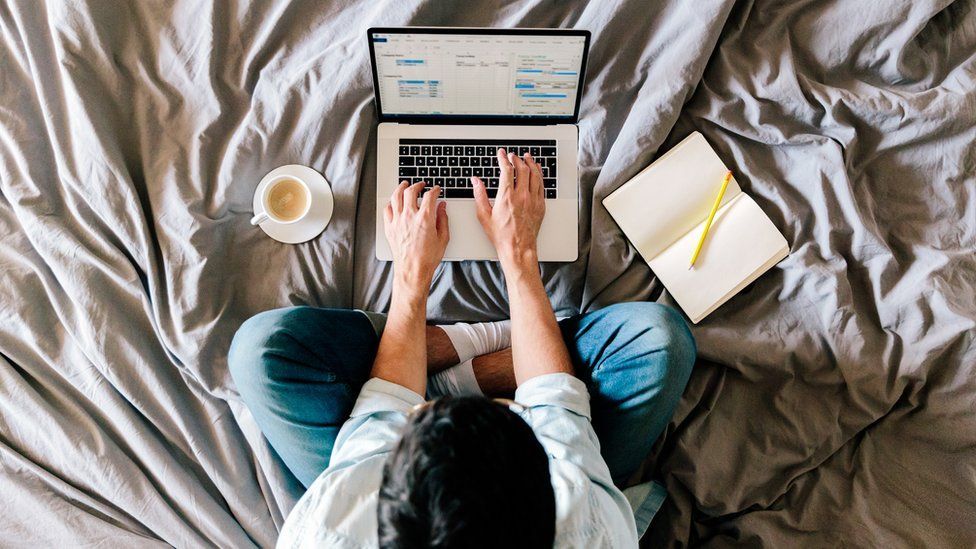 The EU is asking its citizens to drive less, turn down air conditioning and work from home three days a week, to reduce reliance on Russian energy.

The measures, drawn up with the International Energy Agency, would save a typical household €450 (£375) a year.

Buying energy from Russia helps to support its economy and finance the war in Ukraine.

But Europe has said it cannot find alternative supplies, so it is asking citizens to adjust their lifestyles.

It also calls on citizens to:

*  Heat their homes less in winter, and turn the air conditioning down in summer.


*  Drive more slowly on highways, with the car air conditioning turned down, which uses less fuel


*  Use the train instead of flying

It also calls on cities to promote car-free Sundays, as some already do.

“This guide has easy-to-follow steps that with little or no discomfort on our part can reduce the flow of money to Russia’s military and help put us on a path to a cleaner and more sustainable planet.”

The IEA calculates that if every citizen followed its recommendations, it could save 220 million barrels of oil every year, enough to fill 120 supertankers. It would also save 17bn cubic metres of gas, enough to heat nearly 20 million homes.

In March, the EU announced a plan to make the bloc independent of Russian energy imports by 2030.

But the German energy minister Christian Lindner told the BBC on Wednesday it would be impossible to stop oil imports immediately.

The report also recommends that citizens consider investing in home insulation, smart digital thermostats, and digital cars, which can all help to reduce fossil fuel use.

"All these measures, they can be voluntary contributions," said Leonore Gewessler, Austria's environment minister. "But they need political action to underpin them."

Austria has cut all fares on public transport to three euros per day, she said, and is introducing a programme to help low-income households replace old, inefficient appliances.

Eamon Ryan, Ireland's environment minister said by acting at a European level, it was easier to get the political messaging right.

"It is very difficult not to come across as someone who is telling the citizen what to do, or is being seen as a mean, Scrooge-like character," he said. 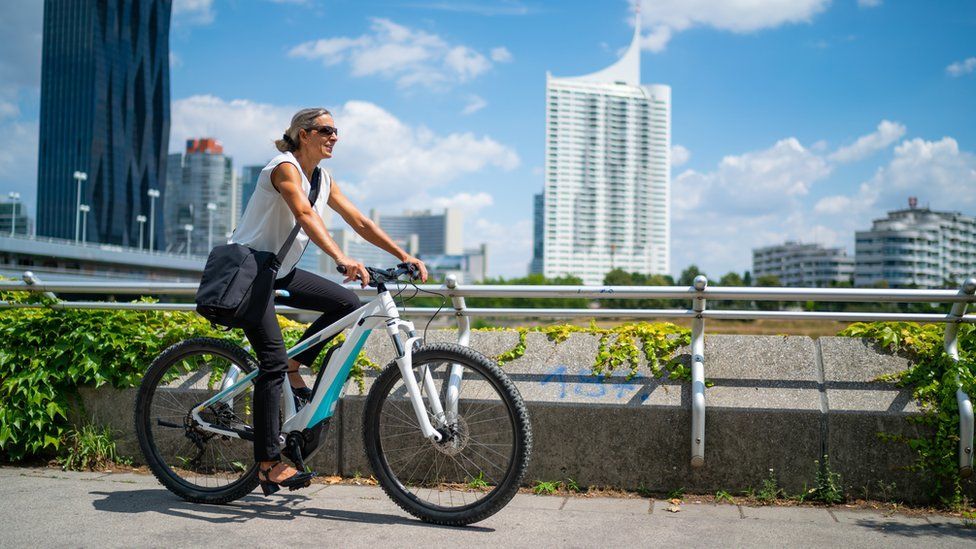 EU countries are calling on citizens to walk, cycle or take public transport to reduce reliance on Russian oil

Separately, the UK announced it was tightening sanctions on non-energy goods exported from Russia, including a ban on caviar, silver and wood products.

The Department for International Trade said it was also ramping up taxes on some other exports from Russia and Belarus, covering goods worth a total of £130m.

International Trade Secretary, Anne-Marie Trevelyan, said the UK was taking every opportunity to "ratchet the pressure to isolate the Russian economy".

"These further measures will tighten the screws, shutting down lucrative avenues of funding for Putin's war machine," she said.