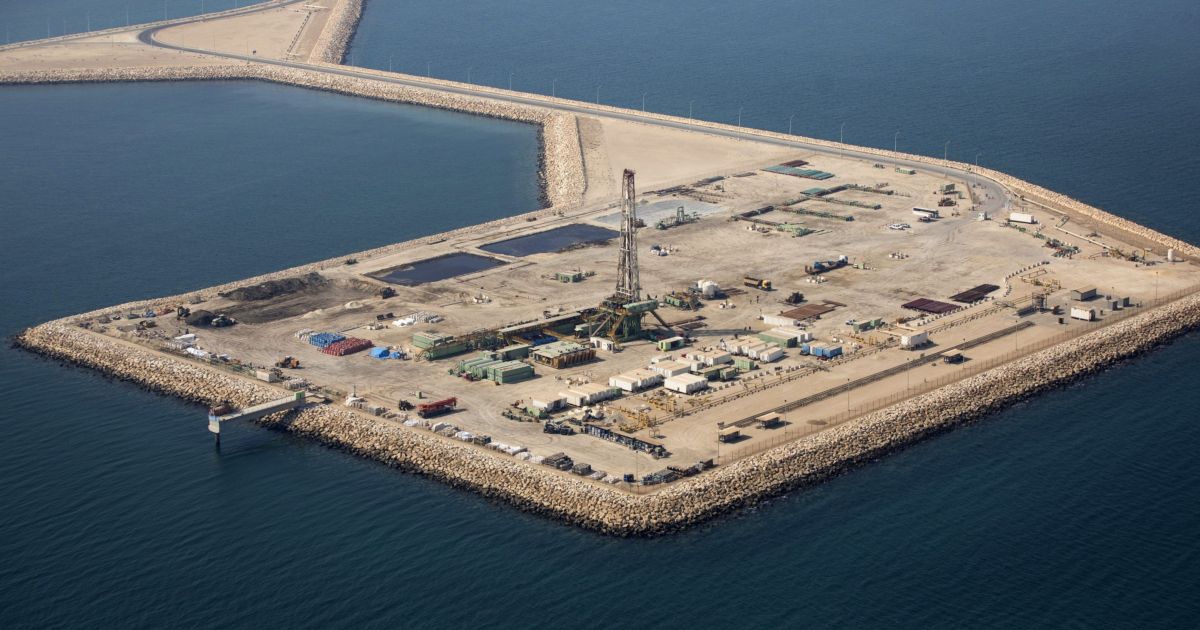 Yuan jumps after report Saudis consider its use in oil deals

The outbreak of the Ukraine war and the swath of sanctions imposed on Russia as a result has brought to the fore questions about alternatives to US currency-based markets.

The Chinese yuan reversed earlier declines and jumped toward its highs of the day following a report by Dow Jones that Saudi Arabia is in active talks with Beijing to price some of its oil sales to China in the currency.

The offshore yuan climbed as much as 0.1% to 6.3867 per dollar, close to the session peak it reached during Asian trading. The currency had weakened as much as 0.3% in U.S. trading before the report on Saudi Arabia.

While the U.S. dollar is the preeminent currency of exchange in global trade and oil markets in particular, other currencies such as the renminbi — as China’s currency is also known — have been making headway in cross-border transactions. 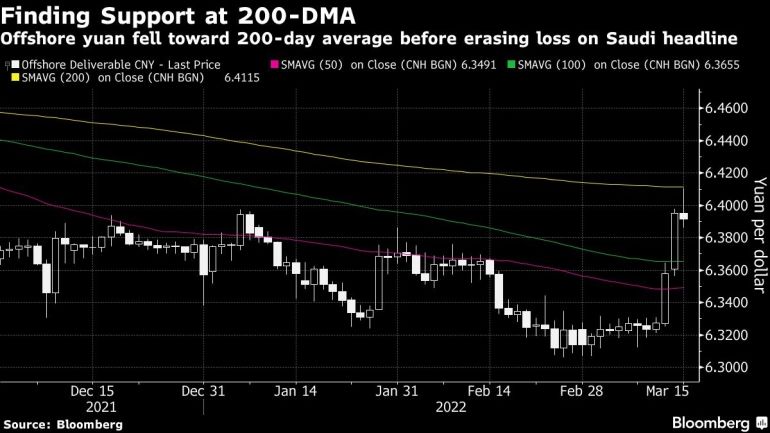 The outbreak of the Ukraine war and the swath of sanctions imposed on Russia as a result has brought to the fore questions about alternatives to U.S. currency-based markets, and the yuan is one in particular focus in light of China’s relationship with Russia. Saudi Arabia’s relationship with the U.S., meanwhile, has been buffeted by various issues ranging from Yemen’s civil war to potential negotiations around Iran’s nuclear program.

The bump for the yuan comes at a time when Chinese assets more broadly have been under some strain. The renminbi has come under tremendous selling pressure over the past couple days amid a rout in the country’s stocks. The offshore yuan fell more than 1.1% against the dollar in the three days through March 14, its worst such drop in a year. The offshore yuan’s 200-day moving average at 6.4116 per dollar remains key near-term support for the currency.

There was no indication from the Dow Jones report on the likelihood of Saudi Arabia making such a switch nor how much of its sales might be denominated in yuan if it were to change. It does, however, signal that the conversation around alternatives to the greenback is very much a live debate.

“Perhaps it’s more of a sentiment boost to the potential for wider use of the renminbi,” said Sacha Tihanyi, head of emerging-market strategy at TD Securities in Toronto. “I see ‘some’ of its oil, so I’m not sure how relevant it is.”